Italy is a country I find myself returning to time and time again, I don’t necessarily go back and visit the the same city every time though. Don’t get me wrong, I have been to both Rome and Venice more than once, but I do like to explore some of Italy’s other fantastic cities. For this trip I decided to visit a brand new city and found myself booking a Bologna City Break.

Airline & Airport of Operation: I flew to Bologna on British Airways from London Heathrow on one of their only daily services. At the time of writing, British Airways’ fares to Bologna were £58 return in Economy and £204 return in their Club Europe Business Class cabin.

Transfer Time to City: Bologna Airport is located five miles from the city centre and takes around 15 minutes by taxi. A taxi costs approx €20 each way.

Where to Stay on a Bologna City Break

For this trip I booked one night at the I Portici hotel on hotels.com on a room-only basis at a cost of £77. The exterior of the hotel is a very classically styled Italian Building, with traditional porticoes along the front of the building. The interior of the hotel was fresh, clean and modern. I Portici hotel is located on the outskirts of Bologna’s old town, just a short ten minute walk to Piazza Maggiore, which is the main square located in the heart of the old town.

I booked a standard twin room for my stay. The room was extremely spacious and was laid out over two levels. The entrance, closet area and bathroom were on the upper level as you enter the room, with the main bedroom area located about five steps lower on the lower level. The room had two double beds instead of two singles which is what you usually find in a twin room, which was a bonus. Another bonus for me was the very powerful rainfall style shower in the bathroom.

The hotel had a range of bars and restaurants, however I didn’t get the opportunity during my short trip to sample the food or drink in any of them.

My Top Recommendations for a Bologna City Break

While visiting Bologna you should make time to explore the city’s beautiful old town and its many streets lined with traditional porticoes. There are many sights to be seen in the old town such as Le Due Torri – Bologna’s iconic two towers, where you can visit the lookout point on the tallest tower for wonderful views across the city. Entry is only €5, but be advised there are almost 500 steps to climb before you reach the top!

If you would prefer a more relaxed time in Bologna, why not visit one of the cites many restaurants or bars to pass the time? I visited Roxy Bar and Bar Birreria Mercanzia during my trip and sampled some of their delicious cocktails, including a Negroni and an Espresso Martini.

I also visited the fantastic Mercato di Mezzo during my trip, which is a large indoor food court and bar area offering a range of food and drink outlets, spaced over a couple of floors. The Mercato di Mezzo is located just off the main square.

If you don’t fancy exploring the city by foot and are looking for a different way of exploring Bologna I did see many bike rental locations throughout the old town.

I decided to visit the Basilica di San Domenico as I had heard that it is one of the most beautiful churches to visit in Bologna. Entry to the basilica is free, but do check online for opening times as the basilica isn’t open to the public all day long. The basilica is located five minutes south of Piazza Maggiore, the main square.

Mercato Delle Erbe is a lively indoor market located along Via Ugo Bassi in Bologna’s beautiful old town, supplying an abundance of fresh local produce including meats, cheeses, fruit and vegetables. There is also a quirky food court just off to the side of the main market offering a range of eating options set in a relaxed atmosphere.

Food and Drink on my Bologna City Break

I arrived in Bologna late morning, and after leaving my luggage at the hotel the first thing on my agenda was to explore the old town and find somewhere for an authentic Italian lunch. I came across Bistrot Roberto, located along Via Degli Orefici. The restaurant looked inviting, and after a glance at the menu I decided to go in and get a table. There were not that many people in the restaurant when I arrived, but within fifteen minutes every table in the restaurant was full. I enjoyed a two course lunch starting with a sharing platter of local meats, followed by a delicious lasagne. Lunch cost around €30pp which included a glass of local red wine.

During my stay I had a real craving for a proper Italian pizza, but when looking for somewhere for lunch I couldn’t seem to a pizzeria. Later in the day however, I passed a Pizzeria called Regina Margherita and decided that I would go there for dinner. I checked online and saw that they opened at 7pm so I made sure I was there shortly after.

The restaurant was pretty empty when I arrived, but seemed to be filling up quickly. Because I had such a large lunch I decided to have just a pizza for dinner, rather than having a starter as well. The menu was very extensive, not just for their pizza offering, but also for their meat and fish dishes. I choose a pizza Capricosa and enjoyed it with a bottle of local red wine. The pizza was quite a large size and cost just €8. The wine was €21 for the bottle which was quite reasonable for a restaurant. My pizza was absolutely stunning, but being in Italy I wouldn’t expect anything less.

Currency: Italy’s currency is the Euro and at the time that I visited the exchange rate was around 1.18 EUR to GBP.

Weather: The weather during my stay was sunny with scattered cloud and around ten degrees Celsius during the day, and just under zero at night.

Best Time To Go: I visited in January and despite the temperature being mainly in single figures the weather was great for my entire stay. I would imagine this would make Bologna a city that you could visit all year round.

Recommended Duration: I visited Bologna for one night in early January, with my departing flight leaving at midday on my second day, which meant that I only really had the first day to see Bologna. One night would be ok if you had a later return flight, but failing that I would suggest two nights, unless you wanted to stay longer and explore further afield.

Conclusion: Looking back at my trip to Bologna, I regret not booking to visit for longer than one night, as even though I managed to cram a lot into my trip I feel that if I had visited for two nights I would have been able to see much more as well as having some time to relax. This has given me a reason to return again for another trip at some point down the line… 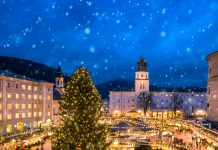 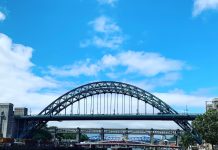 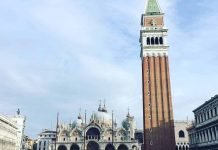