I try and visit at least one Christmas market each year, and this year along with a group of friends we decided to visit the Luxembourg Christmas Markets. This was my first trip to Luxembourg, so as well as enjoying the various Christmas markets, I also discovered some of this picturesque continental city. Luxembourg is completely land-locked between France, Belgium and Germany and has subtle influences from all its neighbours. 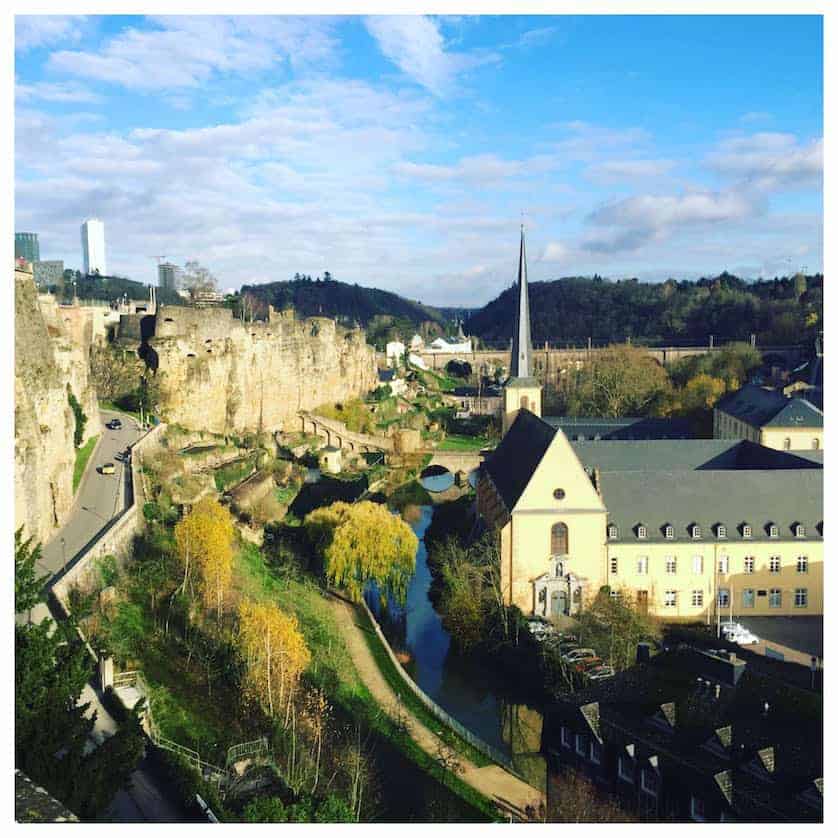 Flying is, in my opinion, by far the easiest and most relaxing way to get anywhere. British Airways fly daily to Luxembourg from Heathrow, and easyJet operates a daily service from Gatwick. Because we stayed just for one night, and as Gatwick is only 45 minutes from my home we decided the easyJet flight from Gatwick would be the better option. We booked well in advance and paid approximately £55 return per person. We also paid for extra leg room seats at a cost of £6.99 per person per flight. By booking the extra leg room seats, as well as having a bit more space, you automatically get speedy boarding. If you don’t want to fly to Luxembourg you could always drive, or catch the Eurostar to Brussels and change trains there. However as the flying time from London is under an hour, it made more sense to fly there.

We flew out early on a Saturday morning and retuned on the Sunday evening, this meant we required a hotel for just the Saturday night. Using my hotels.com account I booked us into the Sofitel Luxembourg Europe. The Sofitel is located just outside the city centre, about a 15 minute walk or a few stops on the bus. The buses in Luxembourg are free on Saturdays and this was useful.

We booked standard double rooms that cost £75 a night per room, and on arrival we were upgraded to luxury rooms. The luxury rooms were slightly bigger and had a free minibar. All in all it worked out to be quite an inexpensive weekend break. The outside of the hotel and all the public areas had quite a modern feel, however the rooms were more warmly decorated, and the bed must have been the most comfortable hotel bed I have experienced in a very long time. Needless to say I was not up and about early on the Sunday morning!

I had heard that the Luxembourg Christmas Markets had a very festive feel, and this was certainly the case. Much of the city centre was decorated with elaborate Christmas lights, and many little squares and areas were full of decorations with a few market stalls either selling goods or food and drink. There were also three main areas of Christmas markets: Place de la Constitution, Place d’Armes and Place Guillaume II. The Christmas markets open daily in Luxembourg, and this year started on the 20th November, and running until Christmas Eve. 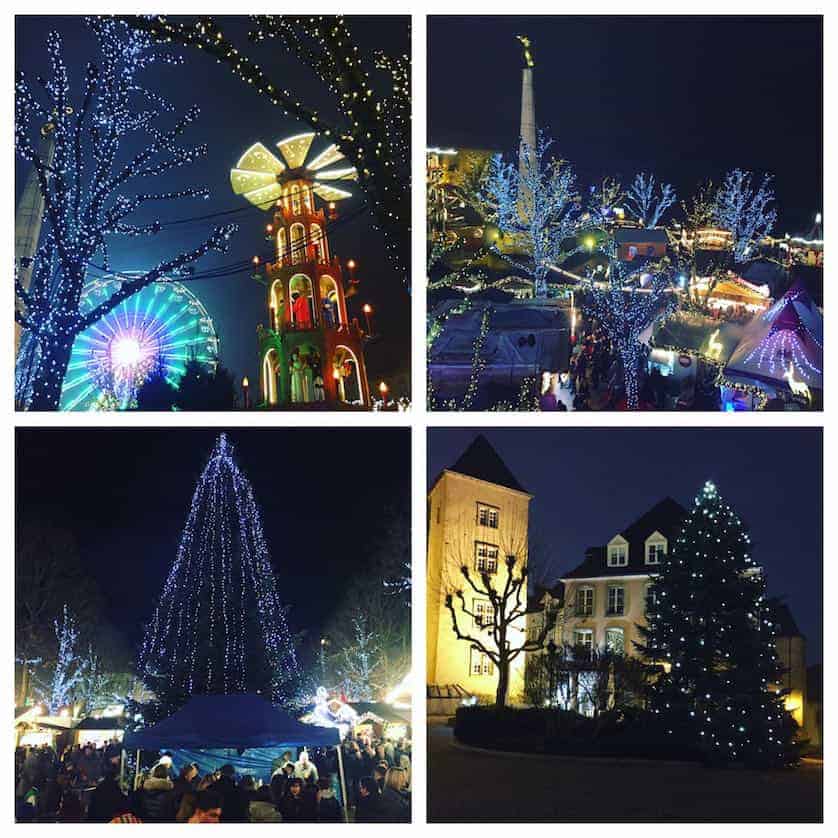 The two main Christmas markets are at Place de la Constitution and Place d’Armes. Both places had a range of stalls showcasing local produce along with arts and crafts. There were also many stalls offering delicious food and drinks, such as gluhwein, a wide variety of different wurst’s (sausages), and also local specialities such as gromperekichelcher (Luxembourg’s famous potato cakes) and also some weird but wonderful gnocchi type pasta dishes with sauce, mushrooms and lardons. Place Guillaume II, located close to Place d’Armes was home to an ice rink as well as a few bars and more food outlets. All the drink outlets charge a deposit for the glasses/mugs of between 1€ – 5€ which is returned if you take the cups back. I always keep a couple of the mugs as a Christmas souvenir.

I spent hours over the course of the weekend exploring all the different stalls to see what they offered, as well as sampling all the different local treats washed down with ample glasses of gluhwein as well as Luxemburger Spritz. The market at Place de la Constitution also had a large ferris wheel. It was 5€ per person, per ride and definitely worth it for the beautiful views over the market, and Luxembourg. The views are especially magical at night, with all the glittering lights of the market below. 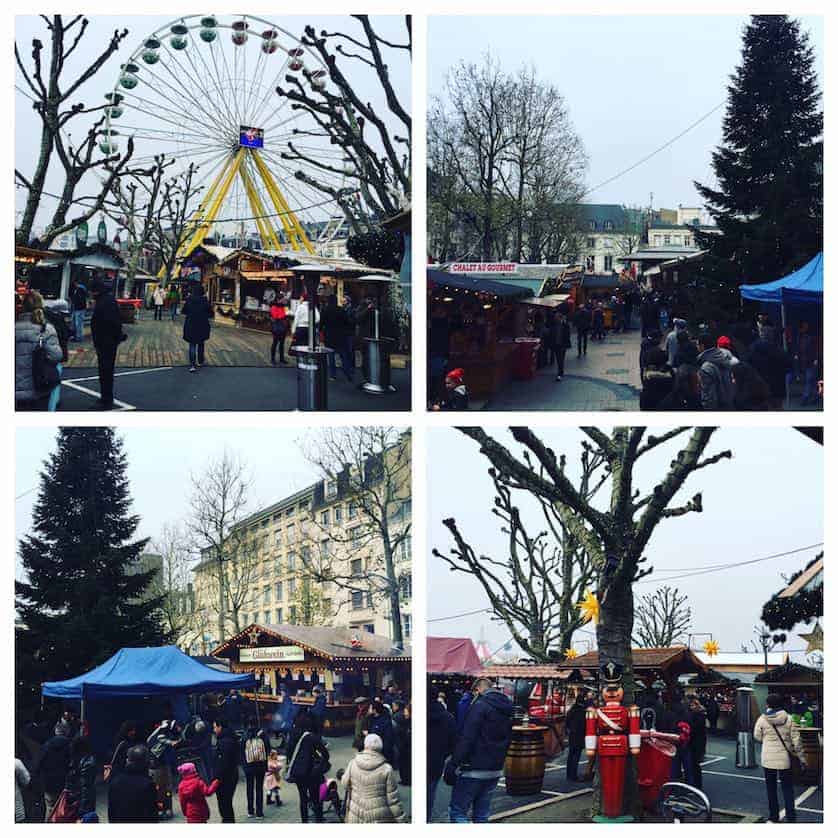 As well as all the exciting food to try in the markets, I did want to experience a proper meal during my visit to the Luxembourg Christmas Markets. We found a place called Brasserie du Cercle, on the edge of Place d’Armes. On the menu they had escargot as an appetizer, and I just couldn’t resist as it had been so long since I had enjoyed escargot. Previously I’ve always had them served in their shells, but interestingly these were served de-shelled and in little dishes with individual spaces for each of them. Still just as nice, but just so much easier to eat! For the main course I enjoyed magret de canard, washed down with a Bordeaux Grand Cru. The meal worked out at just over £30 per person including the wine, which I though was great value considering the restaurant’s central location, overlooking the markets, as well as the excellent quality of the food. 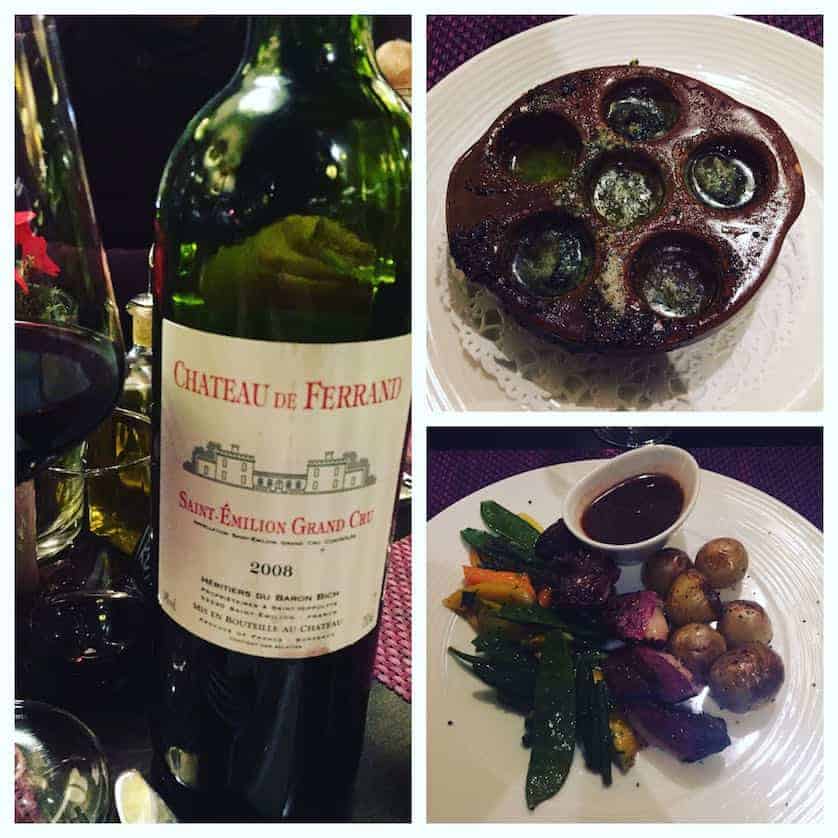 As well as exploring the Luxembourg Christmas Markets, we did get a chance for a walk around Luxembourg on the Sunday afternoon. Luxembourg is one of the smallest, yet most picturesque cities in Europe that I have visited. A deep gorge cuts through the landscape, and weaves its way around the edge of the city centre. We enjoyed views of its grand bridges, ancient fortifications, dramatic cliff faces, and small village like areas in the gorge itself. You could spend days just exploring these areas alone. We found the perfect resting place, a great little cocktail bar called Octans. If you drop in here over the Christmas period you can enjoy one of their superb Christmas themed cocktails, and just chill-out in its relaxed surroundings. 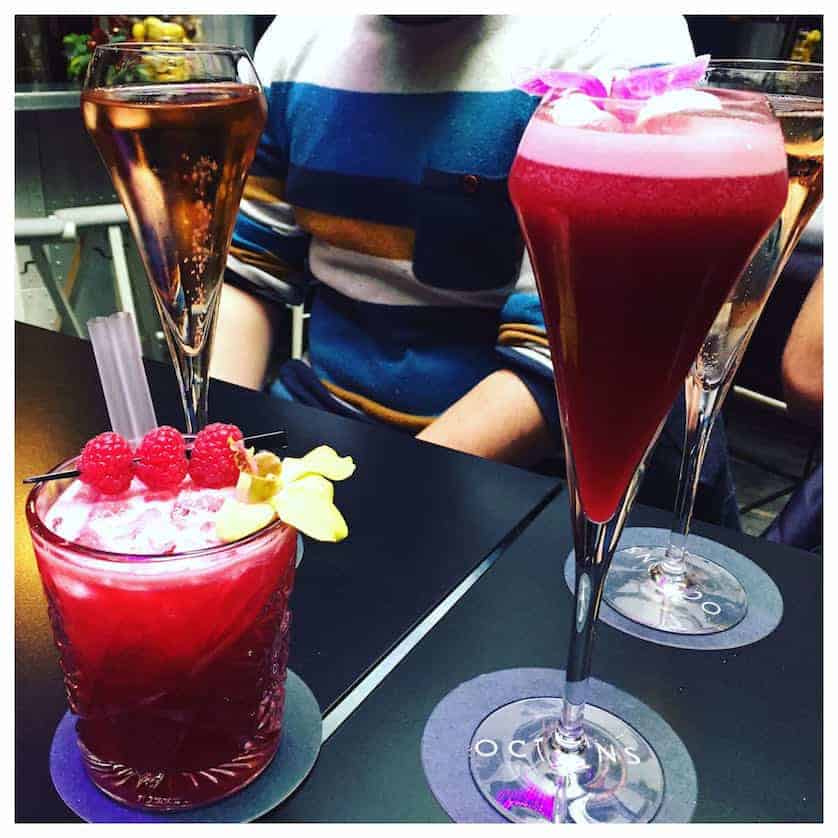 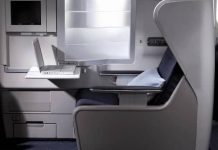 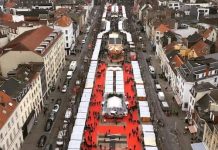 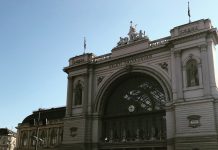