Last summer I set myself a task, to spend more time exploring places right on my doorstep. Over the course of the summer I found some really great things to do. I had already visited some of the places on my to-do list, but I wanted to take time to re-discover them. I also visited some wonderful new places. One of the places that I visited for the first time was Portland Bill. I also discovered some local gems such as the Tinwood Estate, which makes stunning English sparkling wine. One of the places on my to-do list was to re-discover The New Forest, and so one day I set off to do just that. 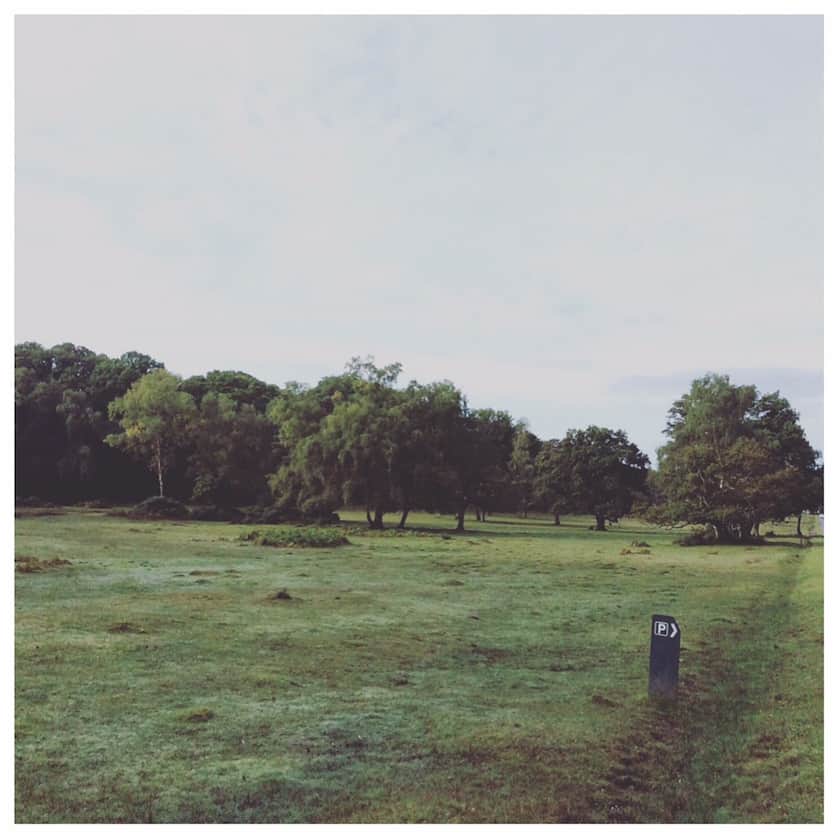 Spread across 219 square miles of beautiful Hampshire countryside is The New Forest National Park. The New Forest is about an hours drive from my home in Sussex, and even though I pass through here quite frequently it had been years since I had actually stopped to enjoy some of this stunning area of the country.

Breakfast in The New Forest

Along with a group of friends, I set off early one Sunday morning and made my way to the New Forest. Arriving at the forest just after 9am, we came across a little place in Burley called the Cider Pantry. The Cider Pantry is a guest house and cafe that also makes and sells their own cider. 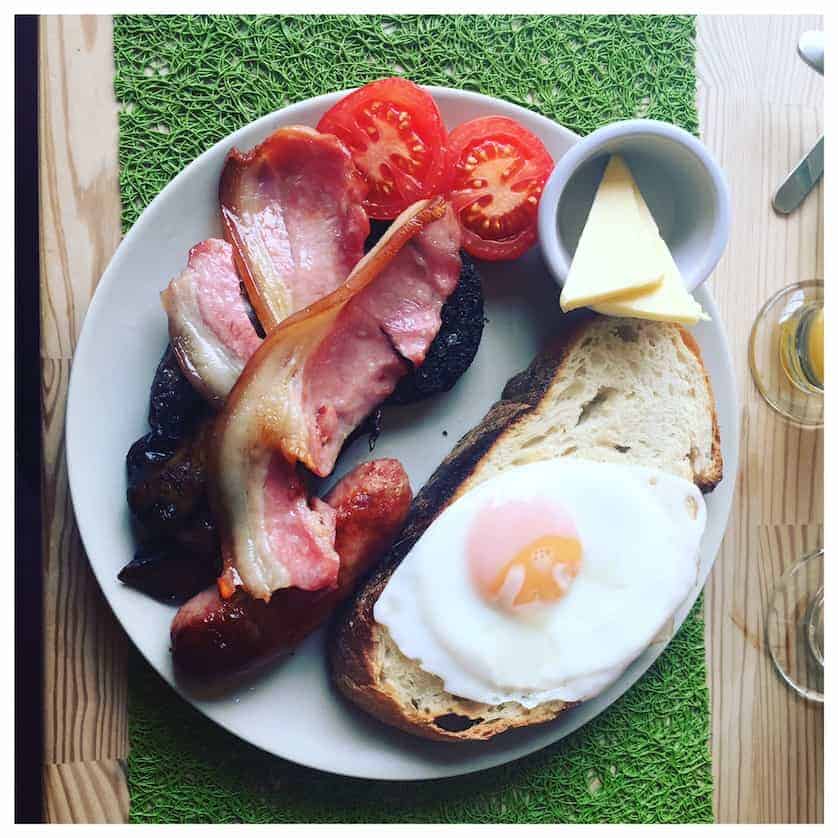 The Cider Pantry has a very extensive breakfast menu, and after much deliberation I decided to go for their Farmers’ Breakfast. This was a variation on a full English, which cost just £6.95. I did have to add a serving of black pudding for an extra charge of £1. The quality of the food was second to none, serving fresh New Forest produce, including some tasty local sausages. I enjoyed my breakfast with a glass of orange juice and a latte.

After breakfast we visited their cider shop to a look at their range of ciders. You could try the ciders if you wanted, but as it was only just 10am we decided to give it a miss. I did purchase some of their vintage cider made from Black Kingston apples. 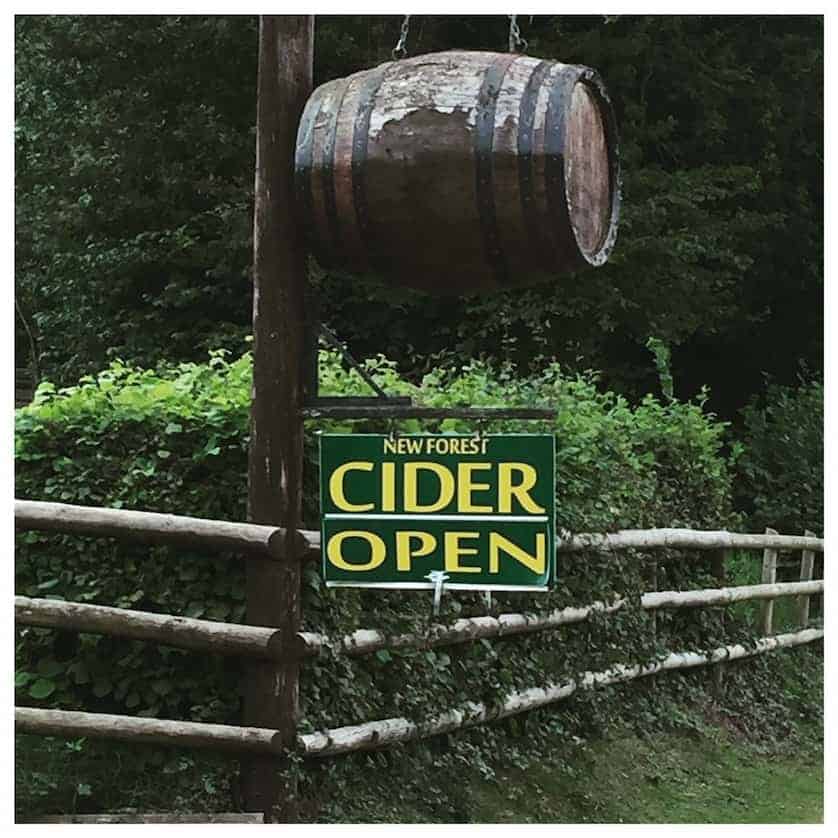 We had planned to visit the Beaulieu Motor Museum in the afternoon but on our way we decided to stop for a stroll around Beaulieu village. After dodging all the donkeys on the roads we finally managed to park the car. We noticed that the small village hall located next to the car park had a farmers’ market on, so we decided to have a look around. There were only about 20 stalls in total, but all were selling locally produced or sourced products. One thing that caught my eye was a jar of chili pickle. Made from 40 Birdseye chilies, it was safe to say it was hot, but nice at the same time. I just had to purchase a jar. 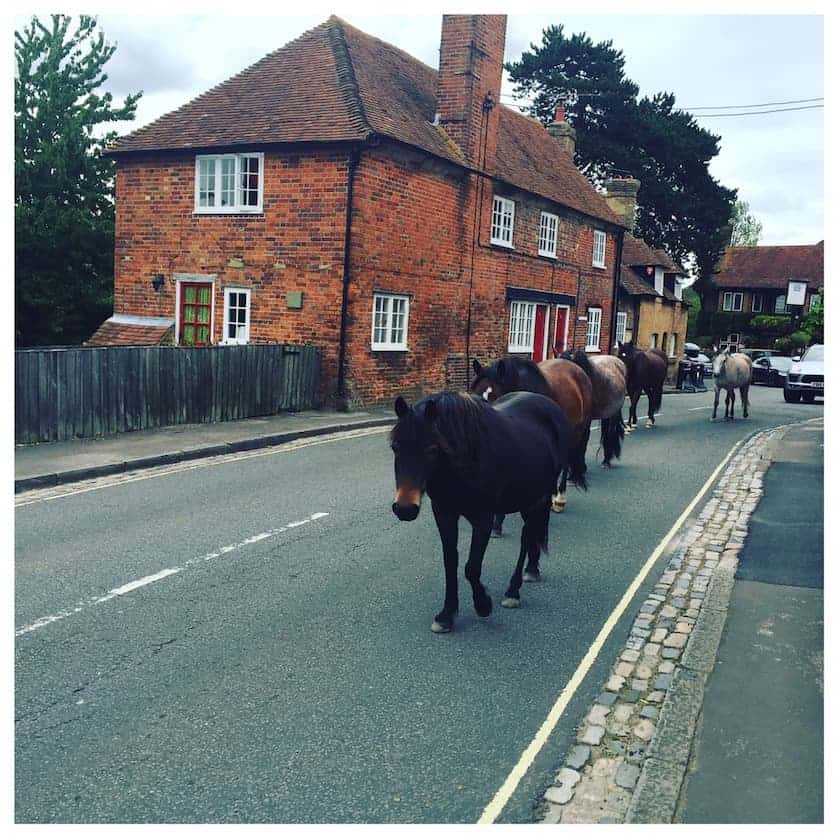 After we had looked around the market we decided we would have a quick refreshment stop before heading on to the motor museum. We stopped at The Montagu Arms Hotel for a quick half, I chose the ’49’ made at the nearby Ringwood Brewery.

I had been longing to visit the Motor Museum for many years, but I had never got round to visiting before now. The entrance fee was £18pp (increased to £19 for 2016) and included entry to Beaulieu House, abbey, all the grounds as well as the Motor Museum itself. Beaulieu House is home to the Montagu family. While you are looking around the house you can really get an insight into the history of the house, as well as the family. The grounds and abbey ruins are also worth a visit, and you can either explore on foot or have a passing glance from the raised monorail that runs around the grounds. 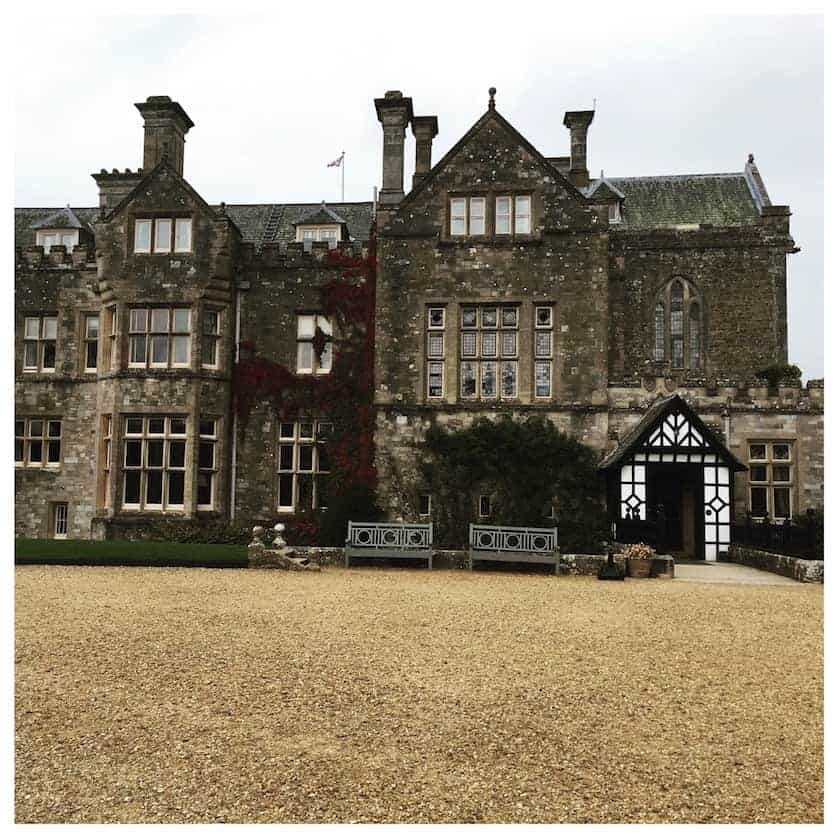 The motor museum itself has many different displays, most of which are quite interactive so it’s entertaining for all ages! The museum showcases all types of vehicles, from the earliest examples of the motorcar, to the more modern vehicles of today. You will also see some of the world’s most iconic cars from over the ages.

As well as the main museum building there is also an outdoor seasonal exhibition that changes now and again. During our visit it was themed on the BBC production of Top Gear, exhibiting some of the weird and wonderful vehicles that the Top Gear trio have fabricated over the years. Previous exhibitions include cars used over the years in various James Bond films. 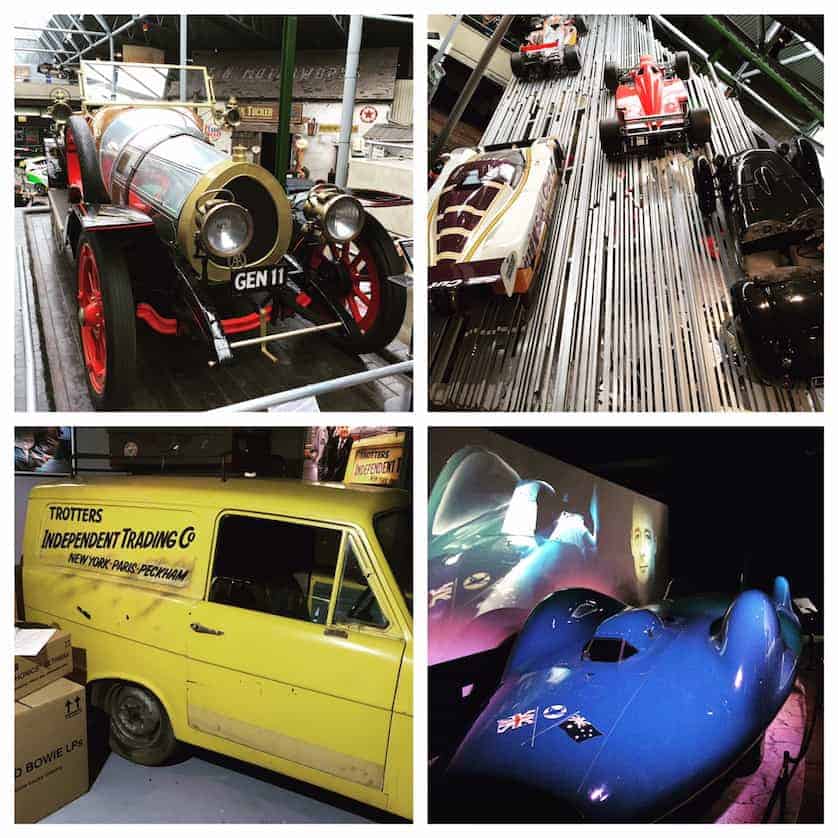 Beaulieu also hosts events and daily exhibitions for car clubs, and there were two such events taking place the day we visited. The first was a Maserati owner’s club meet, which was the smaller of the two events with about 10 or so Maseratis that turned up. The other was a Rover P5 owners club, and there must have been at least 50 beautiful examples of the P5 present, along with their proud owners. 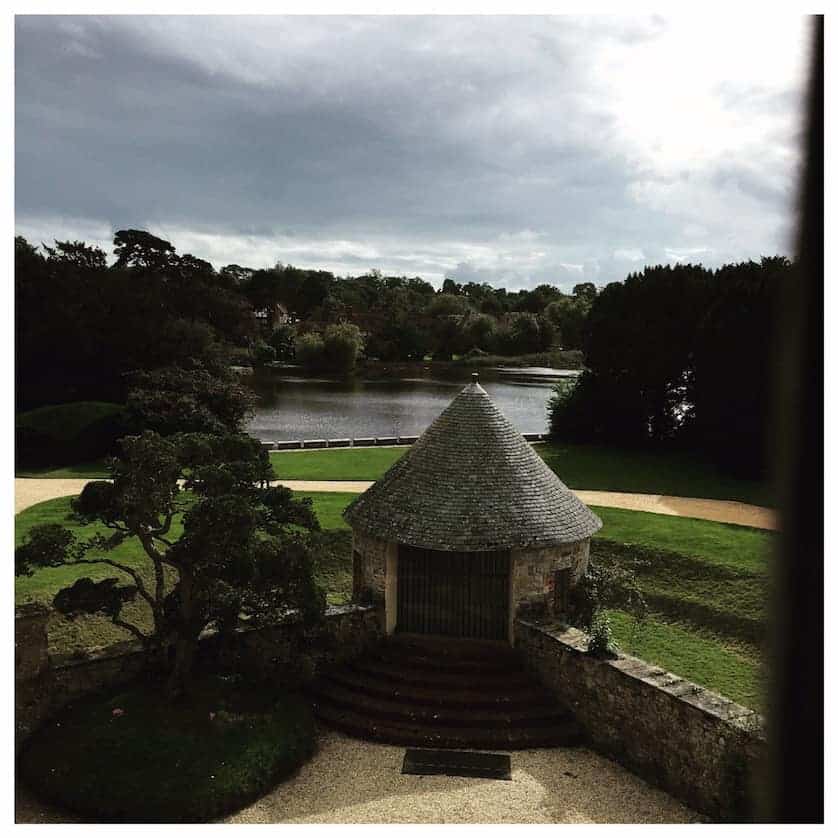 As well as all of this there were other attractions such as go-karts, simulators and small rides in the main museum complex. For the cost of the entry this really is a great day out, either for those who live close by, or for those who are visiting The New Forest. The ticket once used allows you to make one return visit to the Museum within a 12-month period, which means the ticket is really great value for money. 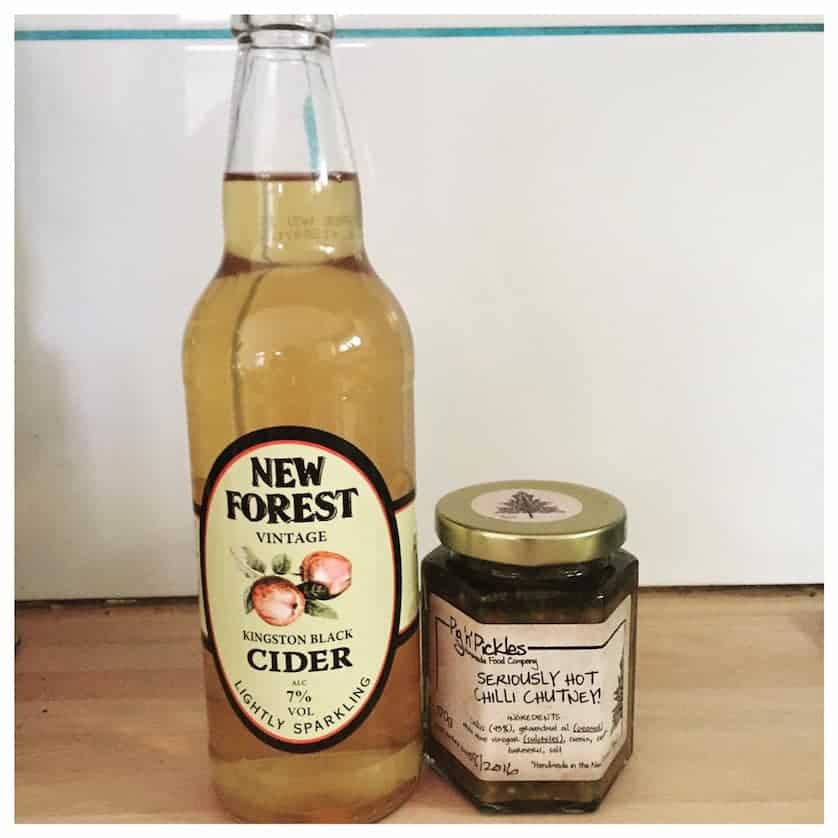 There is so much more to do in the New Forest, and I imagine that there are many more hidden gems such as the Cider Pantry just waiting to be discovered. What will you discover on your next trip to the New Forest? 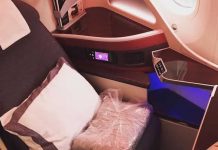 Qatar Airways Business Class on the Boeing 787 and Airbus A350