I’ve been saying for a while that I don’t see nearly enough of the UK as I should do, so this summer I decided to book a break for a few days somewhere within the UK. After looking at all the fantastic options available to me I decided to book a trip to Newcastle as it’s somewhere I’ve been wanting to visit for quite a while. Newcastle is known for its lively nightlife, amazing bars and fantastic culinary scene, so I was quite looking forward to sampling some of this during my Newcastle city break.

Travelling to Newcastle from London

On this occasion I decided to travel up to Newcastle on British Airways from London Heathrow, and return back by train.

Flights to Newcastle on British Airways are available from £37 one-way in Economy and £90 in Club Europe (business class), however for this trip I booked an Avios reward ticket. The published flight time is 1 hour and 15 minutes, but the actual flying time was a mere 45 minutes. Newcastle Airport is located approximately 7 miles from the city centre and a taxi costs around £20 and takes just over 10 minutes.

Ever since I travelled by train from Budapest to Vienna last Summer I wanted to try out another first class train service, however this time within the UK to see how it compares. I found out that LNER runs first class service which looked similar to what I had travelled previously, so for the return leg of my trip I booked a one-way ticket on LNER from Newcastle to London Kings Cross at a cost of £69.50pp.

For my return I arrived at Newcastle Train Station about half an hour before the train was due to depart so I could familiarise myself with the platform from which the train would leave, then I headed to the first class lounge until the train departed. The lounge was quite small and offered complimentary hot and cold drinks, it definitely wasn’t the British Airways Concorde Room, but it was a peaceful space to relax in before the train departed.

The train took 2 hours 45 minutes to reach London, stopping only twice en-route at Darlington and York. I had reserved a seat on the train prior to departing and there was a bottle of sparking water on the table waiting for me when I boarded the train. The seats in First Class on LNER are all leather recliners with a table and are arranged in a 1 – 2 configuration, and you can chose from  either a single or double seat, or 2 or 4 seats facing each other with tables in the middle. Hot drinks, soft drinks, food and snacks are complimentary on all services, but alcohol is only complimentary on weekdays and not weekends. There is also a buffet car where you can purchase alcohol and other refreshments which are not available on the complimentary menu.

Where to Stay on a Newcastle City Break

For city breaks and trips away within the UK I just can’t resist staying at a Hotel Du Vin. Hotel Du Vin are a small chain of 19 boutique hotels, located in some fantastic locations around the country. When I started to plan my trip to Newcastle I already knew that there was a Hotel Du Vin there, so I had pretty much decided on the hotel already – I spent longer looking into flight and train options!

For this trip I booked a Superior double room in the Hotel Du Vin Newcastle at a cost of £268 for two nights including full breakfast. The hotel was arranged over two main buildings which surround a beautiful courtyard where there is outdoor seating areas for the bar. Both buildings are converted from their previous use as the head offices for the Tyne Tees Steam Shipping Company.

My superior double room was located on the top floor of one of the buildings and was arranged over two floors. The main floor was mainly the bedroom as well as a small toilet room. A staircase by the door led up to a mezzanine level which had a large walk in shower and a roll top bath which looked out over the bedroom below. The room was very classically designed, as with all Hotel Du Vin rooms, and included all the usual amenities that you would expect from a 4* hotel, such as large TV, minibar, Nespresso machine and luxury toiletries.

I had breakfast in the hotel on both mornings during my stay because it was included in my room rate, but I didn’t eat any other meals in the restaurant during my stay. I did have a few drinks in the bar during my stay and they were quite reasonably priced.

My Day in Newcastle

I travelled up to Newcastle in the evening on my first day, and headed back in the afternoon on my last day, so I only really had one whole day during my trip to discover the city so I didn’t plan on doing anything specific during the day. The Hotel Du Vin is located a stone’s throw from the River Tyne, about a mile from Newcastle city centre, so on my first morning after breakfast I took a stroll along the river towards the city centre.

I spent most of the day in Newcastle just exploring the city in general, as well as stopping for a drink or two in my one of my favourite places, the Brewdog Pub, and also taking some time out to do a bit of shopping. For lunch I found this fantastic Asian restaurant in the Eldon shopping centre called Umai Mi. Umai Mi serves range of Asian food from sushi, sashimi and Asian-inspired tapas dishes to noodle and curry dishes. I choose a range of dishes and all of which were absolutely delicious and were also reasonably priced.

After lunch I stumbled across an intriguing installation of shipping containers called The Stack. From a distance it looked like a it was a shopping complex, but when I got closer I realised that it was all food outlets and bars. I went in to explore and discovered that the whole complex was arranged in a horseshoe shape, two levels high, all arranged around a central communal style eating area, with a stage at the far end. There were food outlets and bars arranged on both floors, and as well as a main seating area on the ground floor, with additional smaller eating areas located on the first floor. I didn’t eat while I was here, but I did stay for a few drinks while watching a few live acts on the stage. A perfect way to spend an afternoon!

A Fantastic Meal on my Newcastle City Break

Newcastle has an abundance of fantastic places to eat a great meal, but if you are looking for something a bit special look no further than House of Tides. Kenny Atkinson’s House of Tides been awarded a plethora of awards including one Michelin star and four AA rosettes. House of Tides is open for lunch on Fridays and Saturdays as well as dinner five days a week from Tuesday to Saturday. There is a choice of two menus available for both lunch and dinner, a six course menu as well as a nine course menu. Each menu is available with wine pairing.

I booked a table for dinner on a the Friday evening during my Newcastle city break. I opted for menu one which was the nine course menu and went with the wine pairing. The price for the set menu was £95pp and the wine pairing was £70pp.

Upon arrival we were shown to a table at the downstairs bar area where we decided on our menu for the evening, and chose an aperitif. I chose a Melon Negroni which was absolutely beautiful, but I can’t decide which bit blew me away more, the taste or the presentation? The first course was served at the bar with the aperitif, then we were showed upstairs to our table for the evening where  we enjoyed the remaining eight courses. Upon making the reservation they advised us to allow up to three hours to enjoy your meal and this was definitely the case. In fact, I would say closer to four hours.

I won’t go into detail about every dish, but all I will say is that the food was completely sublime, and without a doubt the best meal | have eaten to date. The sommelier come to the table to personally  pour each glass of wine, and explained in detail why he had chosen that particular wine. The service in the restaurant was absolutely impeccable, in fact I couldn’t fault it in any way at all, nor any other aspect of the evening. I would definitely visit House of Tides again, however it’s not somewhere you would go every night of the week, but for a special occasion or a treat its definitely not one to be missed.

Top Tip: On my second day in Newcastle I decided to take an Uber back to the hotel, and was pleasantly surprised with the amount of cars available in the area. The added bonus was the price, which was in the region of £3-4, so fantastic value. After this I used Uber to get around the city for the remainder of my trip.

Weather: I visited Newcastle in early July and the weather was fair, it was no where near as warm as it was in the South East at the same time of the year, however it was a comfortable 20 degrees and sunny with a bit of cloud for most of my trip.

Best Time To Go: I have only visited Newcastle once so it’s a hard one to call, but I would say summer would be an ideal time to visit Newcastle as the weather was nice, but on average a bit cooler than the south of the country. I’ve heard winters can be quite bitter in Newcastle due to its proximity to the arctic winds coming off the North Sea.

Recommended Duration: I stayed for two nights which I thought was a nice length of time for a visit.

Conclusion: Overall I really enjoyed my Newcastle city break, I had a fantastic time exploring a new destination within the UK, and found some great places like The Stack. My meal at House of Tides was to die for and I had a great stay, as always, at the Hotel Du Vin. I feel Newcastle is a city in the UK that I will definitely return to again. 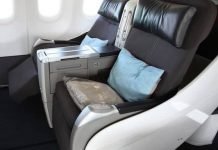 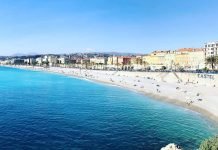 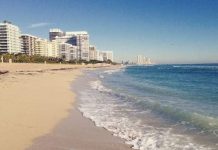 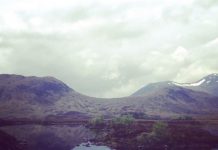